Chances are when you think of silence as a musical device, you’ll be reminded of a particular composition. John Cage’s 4’33”, a three-movement experimental piece, conceived in the 1940s, quickly became shorthand for music where sound is ostensibly absent. Of course, this misses the point entirely. What Cage asked the audience to consider with this piece was their own symphony of thoughts; of what “silence” actually sounds like. Or, more to the point: can silence ever truly exist?

Cage’s point wasn’t so much to emphasise the absence of music, as it was to put the focus back on the audience and make them consider what they hear and listen to when there’s no music at all — their own thoughts, someone fidgeting elsewhere in the audience, anything at all, really. It’s about as subjective and open to interpretation as it’s possible to get, and it’s one hundred percent dependent on the location that it’s experienced.

In music, however, particularly within live music where sound can’t be switched off as instantly as in film, we get resonance. Silence lets a moment hang in the air for the audience to consider. When voices were the primary instrument, particularly when cathedrals or churches were the performance space of choice for most music, they created echo. The ambient noise – reverb created an even larger sound than the choir or voice alone. It’s the same reason vibrato is still such a commonly used vocal device in pop music today. At one time it had been believed that these resonated sounds were powerful enough to summon angels, and while that’s not quite as common a belief today, its impact is still just as powerful.

Where sound can be switched off in an instant – in film, for example – it’s the images that resonate, left to hang in the air as the audience and the characters on screen sit in whatever moment has been created. The longer the silence, the more that reaction is allowed to build, sometimes to uncomfortable heights.

Perhaps the most famous example comes in Martin Scorcese’s boxing masterpiece Raging Bull when Jake LaMotta (Robert De Niro) masochistically lets himself be pummelled by Sugar Ray Robinson. It’s unbelievably brutal anyway, of course, but by not using any melodramatic score and stripping away the roar of the crowd or even the dull thud of glove against skin, there’s one thing and one thing only for the audience to focus on: pure violence. Tony Zhou, who runs the popular YouTube channel Every Frame a Painting, described it as “a kind of spiritual slaughter” — and silence is crucial to that disturbing effect.

That emotional distortion is also a central tenet of jazz, where silence becomes a means of underlining or relieving tension. You know that famous Miles Davis quote that jazz is “about the notes you don’t play”? As it turns out, it’s actually somewhat connected to the ideas Cage was exploring with 4’33”. The spaces left by those notes are, in fact, there to be filled, either by another musician, or by the audience. 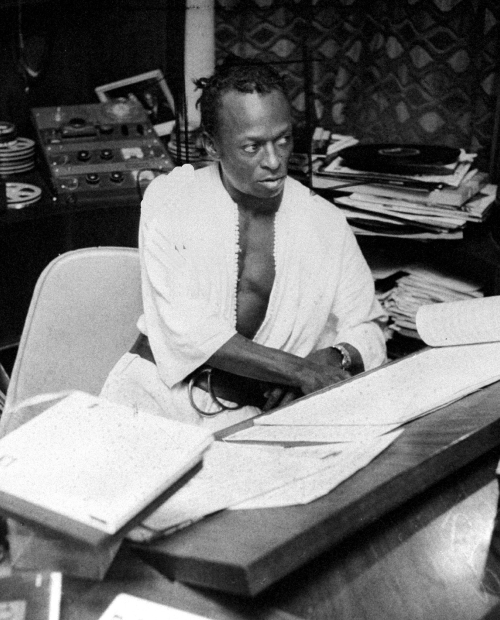 In a world that only seems to get louder with 24-hour rolling news cycles, silence, by contrast, only becomes more powerful, simply by virtue of scarcity.

If you listen to a jazz soloist, you’ll notice that phrasing often gets more intricate. It’s almost like sentence structure; if it just runs on and on with no punctuation, it loses its effect and becomes an overwhelming mess. It’s why short, snappy sentences land like punches. Without those stabs of silence, the phrasing becomes chaotic. It stops being a nimble flurry of frenetic energy that conveys excitement or tension and instead just becomes confusing. A good musician, Davis argued, would recreate the silences faithfully, but a master musician knew why those silences were there in the first place and could move them around and still achieve the piece’s intended effect or even find new meaning in a piece.
Just as with “Four Minutes, Thirty Three Seconds”, with Miles Davis’ jazz quote, and with Scorcese’s pugilist masterpiece, silence is as important as punctuation in a sentence. It adds form and it has the power to completely change the meaning of a scene, a speech or a piece of music. It also has the power to refocus an audience’s attention to a word or action they, or it might make them look inward. It can make an audience squirm with unresolved tension or give them a moment to catch their breath. In a world that only seems to get louder with 24-hour rolling news cycles, silence, by contrast, only becomes more powerful, simply by virtue of scarcity. A world without silence – even the artificial silence we create for ourselves with high quality noise-cancelling headphones – everything we experience risks being lost in the noise; dulled and neutered by the chaos. 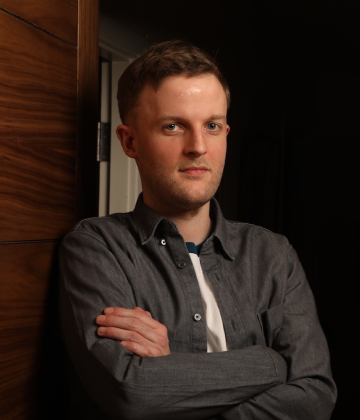 James Keith is a music journalist and editor. His focus lies mainly in hip-hop, but over the years he has also written about pop music, house and techno, and more.

He first started writing when he set up his own blog after university, but now writes primarily for global rap publication Complex and UK-focused outlet TRENCH. He has also written for DJ Mag, FACT and Notion among others.